No, this series is not dead. It’s been an embarassingly long time since my last video release, but more really are coming. Pandemic plus babies temporarily (hopefully) slowed things down. But work on the series never completely stopped. Behind the scenes, I’ve written seven and a half more episodes–almost to the end of Season 2. But I haven’t created the videos for them yet.

I know, the YouTubey/Patreony thing is to release quick two-minute updates and teasers to keep my audience “engaged” and whatnot. But it’s not my style. YouTube already has enough clickbait-titled videos with nothing much to say except a call to subscribe and ring the bell.

I can’t promise any timelines, but one day you can expect an episode on Aristarchus, Archimedes, Eratosthenes, Apollonius, Babylonian Astronomy, and two episodes an Hipparchus. They’re in the pipeline. Don’t worry.

One Pandemic and One Baby Later…

Babies and pandemics take a lot of time and energy, but at least one of them is worth it. 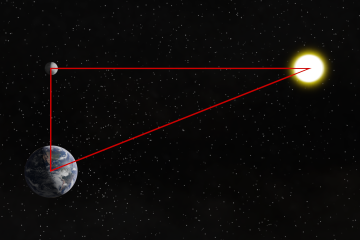 To view this content, you must be a member of The's Patreon at $1 or more Unlock with PatreonAlready a qualifying Patreon member? Refresh to access this content.

Just thought I'd give a status update... All the narration...