Aristotle tried to base his physics on actual observations of the  world, but due to inadequate observations and hidden assumptions, nearly  all of it is wrong. He separated the cosmos into the terrestrial and  celestial regions. In the terrestrial region, all matter is made of a  mixture of the four elements. Each element has its natural resting  place, and all matter moves to its natural place, unless acted upon by a  force. In the celestial region, everything moves in circles.  Furthermore, the earth itself is a sphere sitting at rest at the center  of the universe.

The second of two episodes on Aristotle.

Interested in reading Aristotle in his own words? Take a look at

On the Heavens, Physics, and Metaphysics, or any of his other books. 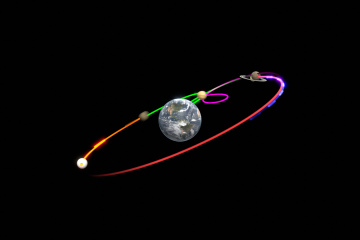 After Socrates’ death, his most devoted follower, Plato, founded his famous institution of higher learning, the Academy, inspired in part by the Pythagoreans. Upon challenging his colleagues to explain the motions of the planets in Read more…